Definition: Short-Term Financing is a need for money for a short period of time, i.e., less than a year. It is one of the primary function of finance that manages the demand and supply of capital for an interim period, and these funds can be secured or unsecured. To use such funds total financing funds should be driven by the company, and the company gets directed by the risk-return trade-off for this decision.

The following are the sources of the Short-Term Financing which the formers refer to in the ordinary course of business: 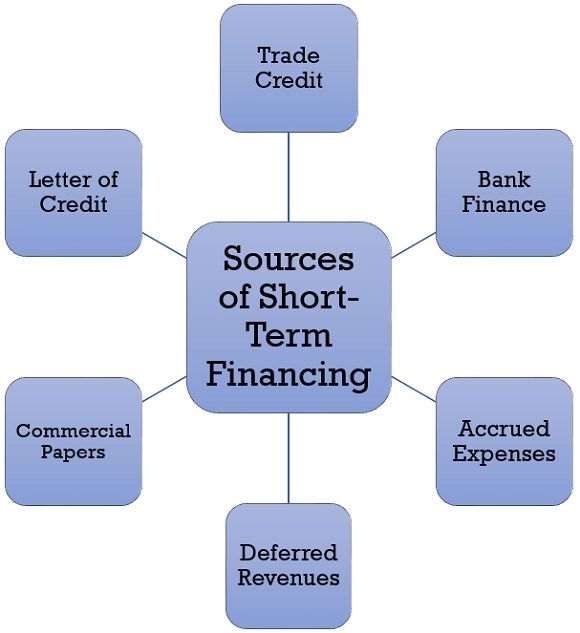 Trade Credit is also known as accounts payable; it is a credit drawn out by one seller to another when a credit purchase has been made, it helps in supplying goods without immediate payment of cash. It provides a floating time of 28 days to manage the cash flow of the business. Thus, it is widely used by business firms as a source of short-term finance, the amount of trade credit relies upon the purchase units for which credit is available.

Although it may be risky for the supplier if the buyer does not pay the sum in due course, and to avoid such losses the other set of trade credit is required in which instruments such as promissory notes, bills of exchange are needed. So that in case the supplier needs money, he can discount such bills from the banks. The bills of purchase having a high credit rating can be sold. These instruments minimize the risk of bad debts.

Corporate sector is very much dependent on the commercial bank for fulfilling their short-term financial needs, a limited portion of this need gets fulfilled by the trade credit, and the excess requirement over it gets fulfilled by a commercial bank. Bank credit has two forms, i.e., unsecured and secured credit. Unsecured credits are those that are not covered by collateral securities, and collateral securities cover secured Credits.

Here loan can be provided with either for a specific purpose known as a single loan for which the company signs a promissory note to avoid deficiencies and repays this loan within a specific period of time. On the contrary, the other way of granting a loan is a line of credit which is more common; the bank fixes a limit for the borrower to avoid the cumbersome process of going through essential formalities every time the borrower reaches a bank for a loan.

The ways of borrowing a sum from the bank are as follows:

The expenses which have already been acknowledged in the books before it has been paid are known as accrued expenses.

Deferred revenue refers to a part of the firm’s income that has not been acquired, but pre-payment has already received by the customers.

The advantages to the firm that short-term funds provide are as follows: 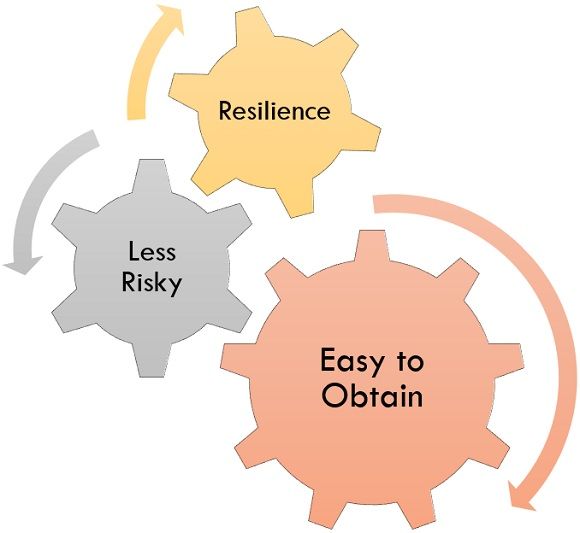 The following are the disadvantages of short-term financing:

Short-Term Financing is a way of meeting the financial requirements of the companies for a short period, i.e., 15 days to 1 year. These finances are generally used for making daily expenses, purchasing material and paying tax liabilities arising out of the process of conversion.