Definition: Moral suasion is a step taken by the central bank for convincing and advising the commercial banks to adhere to the policies and act in the desired manner through general interaction. ‘Moral’ means defining one’s code of conduct based on a clear distinction between right and wrong. ‘Suasion’ refers to the process of advising, convincing or influencing others without forcing or punishing them.

Example of ‘Moral‘ is speaking the truth always, and that of ‘Suasion‘ is when a teacher advises her students to work hard for the exams.

Now let us understand the concept of ‘Moral Suasion‘ with the help of an example;

After demonetization in India on Nov 8, 2017, the governor advised the banks to be lenient with the farmers at the time currency exchange and ensure even flow of money in rural areas.

Moral suasion has gained significance in developed countries as an efficient monetary policy instrument. To better understand this concept, let us figure out its critical elements: 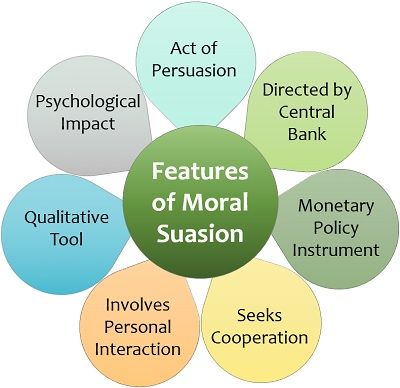 From the above explanation, we have understood the concept of moral suasion. Let us now discuss the various means of applying it practically accomplish the defined objectives: 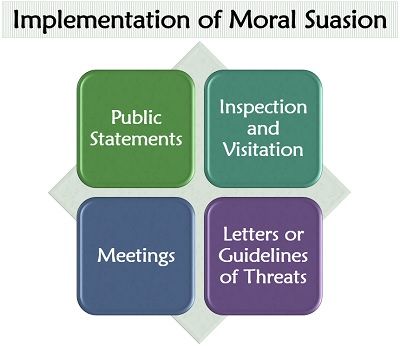 Moral suasion is practised vastly by the central bank to ascertain the economic well-being of a country. To know more about its various other advantages, read below:

Moral suasion though is a widely used technique of credit control; it has numerous drawbacks too. The significant barriers related to its applicability are as follows: 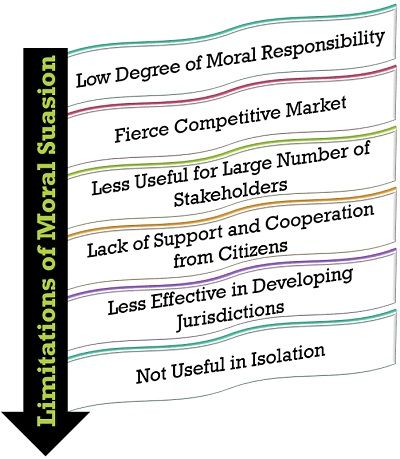 Moral suasion does not aim at monetary benefits only, but it is also used to bring economic stability to a country.

The only criticism of moral suasion is that it is not backed up by legal consequences or force of law. Neither it is an official regulation where non-compliance results into punishments or penalties.