The significant difference between the two is that the central bank is the apex body running the whole banking system. Whereas, a commercial bank is just a constituent unit of the banking system which operates to facilitate exchange and make profits.


What is a Central Bank?

The central bank is an apex body which aims at controlling and managing the banking system operations along with regulating the money supply for the economic stability of a country.

To clearly understand what a central bank is, let us go through its characteristics, given below: 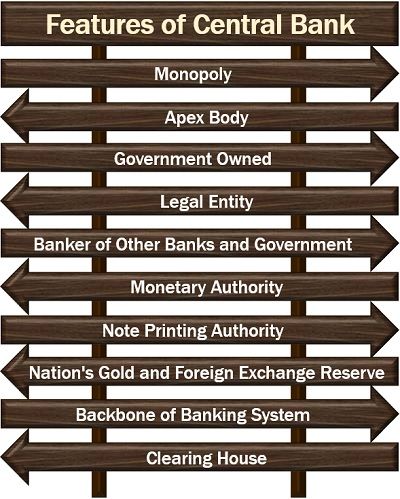 What is a Commercial Bank?

A commercial bank is a financial institution which aims at making profits by initiating deposits from the public, providing loans to them and investing their money in profitable options.

Commercial banks are the banks to which you, I and other general public visit from time to time to seek various financial services. Let us now go through the following features of the commercial banks for in-depth knowledge: 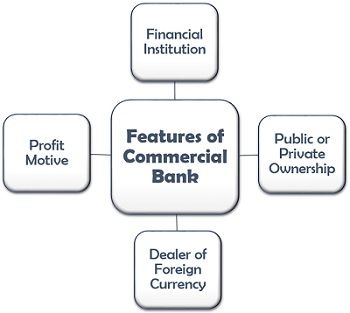 Commercial banks can be broadly categorized into four types on the basis of their ownership and establishment. These are explained one by one in detail below: 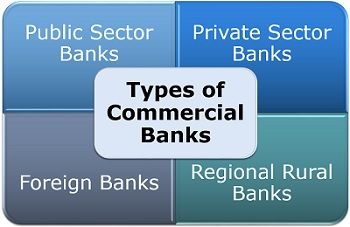 The central bank holds many responsibilities and authorities which defines its services. These are as follows: 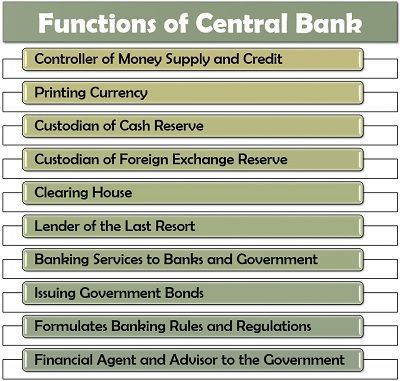 The controller of Money Supply and Credit: The primary function of the central bank is to control the supply of money and the flow of credit in the market. It is facilitated through quantitative instruments (bank rates, cash reserve ratio, statutory liquidity ratio and open market operations) and qualitative instruments, i.e. fluctuating the rate of interest for loans.

Printing Currency: The central bank has the authority of printing the notes of all denominations except for Re.1 notes and the coins.

Custodian of Cash Reserve: All the banks have accounts with the central bank where they can maintain some cash reserve for future needs.

Custodian of Foreign Exchange Reserve: This bank is responsible for managing, controlling and exchange of the foreign currency and gold in a country, by maintaining the foreign exchange reserve to keep the exchange rates stable.

Lender of the Last Resort: One of the essential functions of the central bank is to provide loans to commercial banks at the time of emergency, loss and insolvency.

Banking Services to Banks and Government: This bank provides all the general banking services like accepting deposits and sanctioning loans to the other banks and the government.

Formulates Banking Rules and Regulations: This bank performs various regulatory functions like licensing banks, framing banking norms and policies, preparing a judicial mechanism for debt recovery by banks, monitoring the banking operations, etc. The central bank even practices moral suasion for making the commercial banks to abide by the policies so framed.

Financial Agent and Advisor to the Government:  The central bank acts as a financial advisor to the government by providing an expert opinion at the time economic crisis, fiscal deficit, and advancing loans to other countries. At the same time, it also acts as an agent by representing the country and the government in international conferences and meetings, along with issuing the government bonds and securities on behalf of the government.

The commercial banks have multiple tasks to perform. These are bifurcated into the following two heads, each including numerous activities: 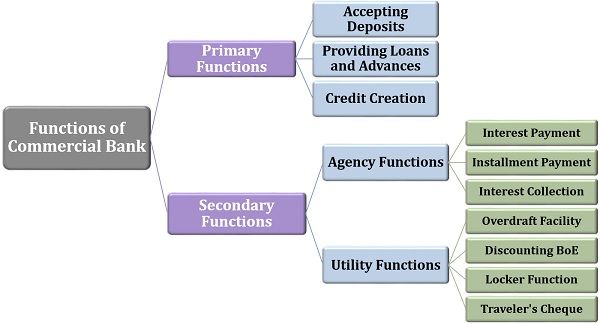 The commercial banks carry out different functions, the essential ones others as follows:

Other than the above mentioned basic operations of commercial banks, there are many secondary functions performed by these banks are classified into the following two categories:

To know more about the differences in detail, read the given explanation of the above comparison chart below:

No business can function properly without the services of the banks. Right from taking loans to meet the financial requirement of the organization to depositing the income and profits for further needs, banks play a crucial role.

To conclude, we can say that both the central bank and the commercial banks are essential to the country, the economy, the business entities and the public; making everyone’s lives easier.