Definition: Group Decision-making is a form of participative decision-making, where a group of individuals work together to solve a problem complex in nature. The group members try to discover and test creative alternatives to solve complicated problems.

It is a participatory process in which the group members share their Ideas, Knowledge, Expertise and Experience. The group decisions depend upon:

In organizations, significant decisions are taken by more than one person. The involvement of people in the process gives them a sense of ownership. However, they also bear the risk associated with it. 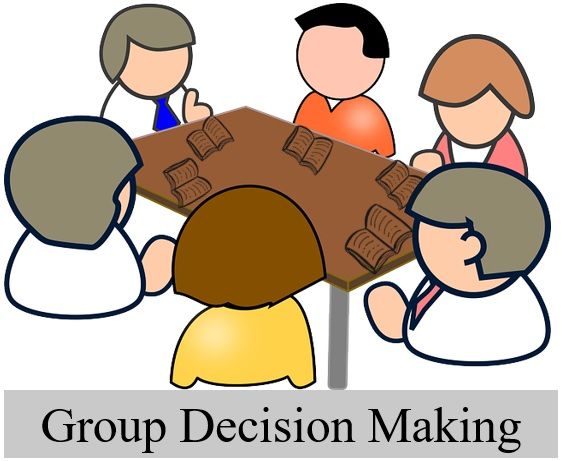 What is a Group?
Group is the number of individuals who come together and work to attain a common objective.What is Decision-making?
It is a process of selecting the best solution to solve a critical problem.

The advantages of group decision 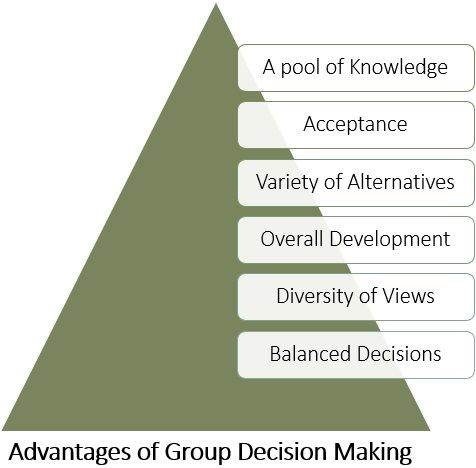 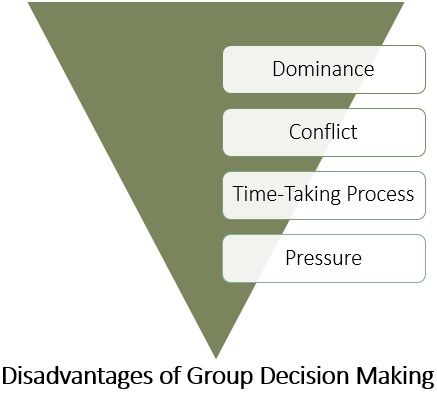 Group decision-making techniques are the processes that help group leaders in idea generation regarding a business problem. The creativity and expertise of the group members facilitate hedging risks associated with the decision.

The techniques which one can use for group decision-making are discussed in detail below: 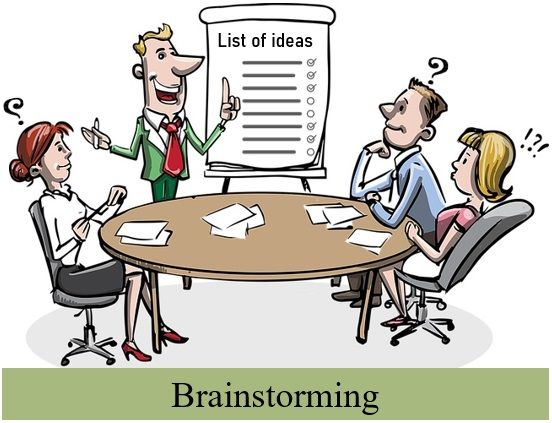 Brainstorming is a group decision-making technique developed by Alex Osborn. This technique aims to generate a pool of ideas in a judgement-free environment.

In this technique, the group manager clearly states the problem. The group members are asked to generate as many ideas as possible spontaneously.

No criticism, comments, or judgements are allowed during the process. All the ideas are recorded and evaluated by the manager later on. 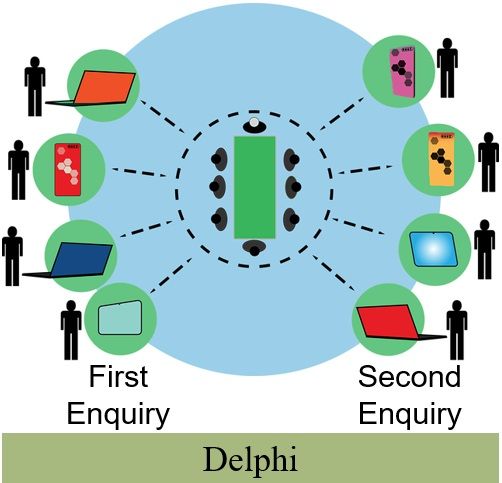 Delphi Technique is a group decision-making and planning process. Norman C.Dalkey and his associates at the Rand Corporation developed this technique.

In this, we obtain judgements and solutions through group members without physical interaction. Communication takes place through e-mails or other methods via questionnaires.

The steps taken to perform Delphi Technique are as follows: 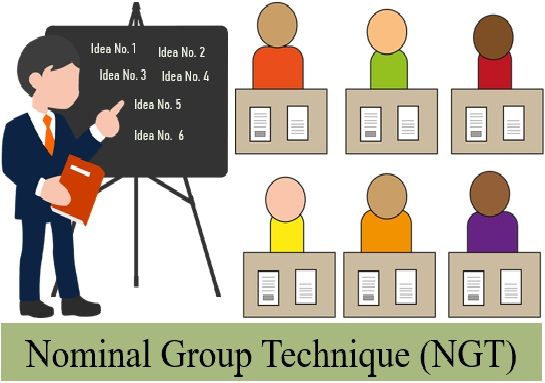 This decision-making technique doesn’t involve interaction among the group members. The group members are present but don’t interact with each other that is why it is called nominal.

The group members need to write their ideas without any discussion. Their opinions are noted on a chart one by one and clarified without any criticism.

The steps involved in NGT are as follows: 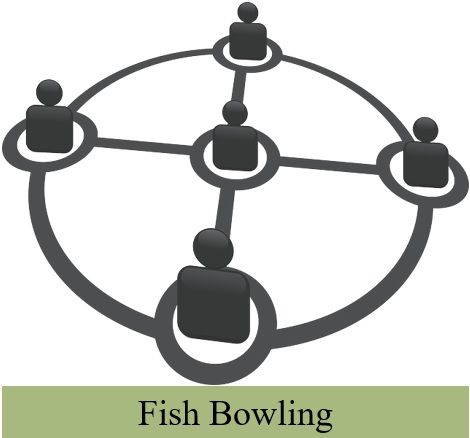 All the members will ask questions and critically evaluate the solution suggested by the person in the centre. But, the group members cannot interact with each other. After all the views are expressed, select the ones with conses. 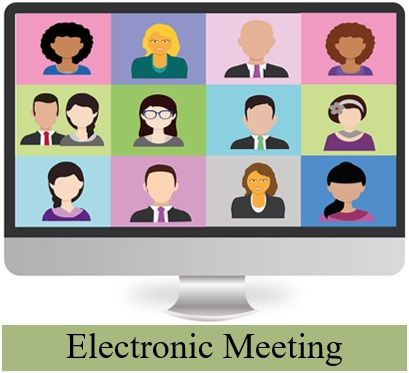 It is a blend of the NGT technique and technology. In this method, the group hosts the meetings through an electronic medium.
The problem is shared with the group online, and the members submit their responses through votes. However, the vote signifies agreement or disagreement with the idea or suggestions. 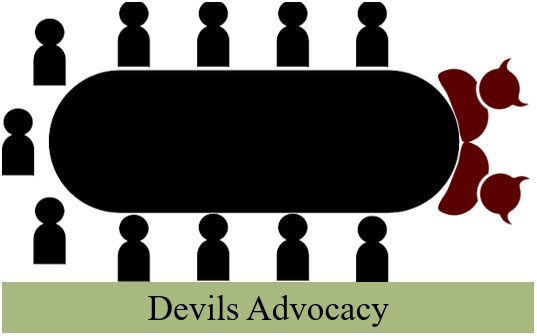 This technique identifies the flaws during the group decision-making process. The benefit of this technique is that it highlights every possible loophole in the solution.

It is a technique where two group members are appointed as ‘devils‘. These devils have to identify flaws in the ideas suggested by the group members. The other members have to satisfy these devils with solutions. 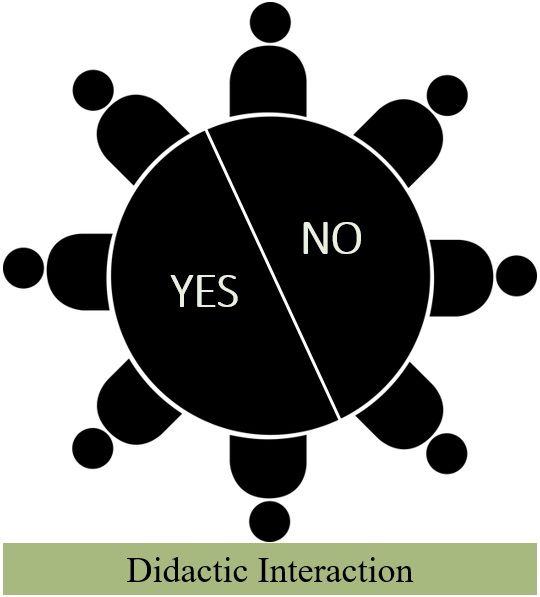 This technique is useful when the answer is to be drawn in Yes or No. Here we divide the entire group into two parts. One part suggests points favouring the decision and the other part presents points against the decision.

The steps involved in Didactic Interaction are as follows:

Also, read the difference between Group and Team.

He organized a group meeting and shared the objective with the members. He then asked the members to brainstorm and suggest ideas for marketing the product.

The group generated enough creative alternatives by the end of the process. The managers evaluated the ideas and selected the most suitable ones for the product.

Group decision-making is an important tool for managers to make decisions more wisely. The business can make use of different techniques available for the process.

The group should opt for the most suitable techniques for the decision. The wrong technique selection may lead to reduced trust in the group and may erode creativity and synergy.