When we use the terminologies, group and team, we mostly take these as synonyms of each other. Though both refers to the assemblage of two or more individuals, a team is a particular type of a group which is more focused towards the desired mutual goal with every member contributing in the best possible manner.

A group is an assemblage of individuals with common traits or situation; whereas a team is a structured and organized arrangement of a defined number of individuals. Team members are selected by their skills or expertise to aim at the desired team goal collectively.

‘A group of candidates came for an interview. Out of these, two candidates were selected and were placed in the research team.’

In the above illustration, the candidates who came for an interview, neither knew each other nor have a common goal. Instead, they had similar but individual objectives.

Also, when the two selected candidates were placed in the research team; they were introduced to the other members of the team. They even came to know about everyone’s skills and strengths. Everyone in the team has a single goal or objective to accomplish.

What is a Group?

A group is the accumulation of three or more people who share a common purpose, interest, traits, characteristics or situation. The individuals in a group may or may not have interpersonal interactions.

Characteristics of a Group

A group posses certain features, which differentiate it from a team. Following are some of these: 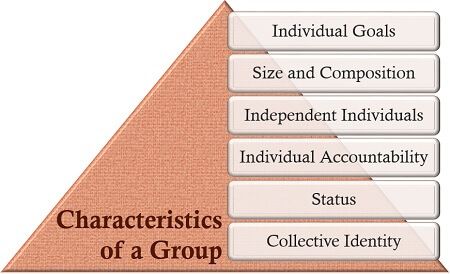 What is a Team?

A team is an organized and systematic group, comprising of individuals with competent skills and expertise, who gather for the attainment of a common objective, collaboratively. The team members work as a single unit and take up the responsibility of task completion mutually. Team building is a well-organised process, that requires proper nurturing of a workgroup.

Characteristics of a Team

A team arises out of a group. What special features do a team have?

Let us discuss some of the significant characteristics of a team that discriminates it from a group: 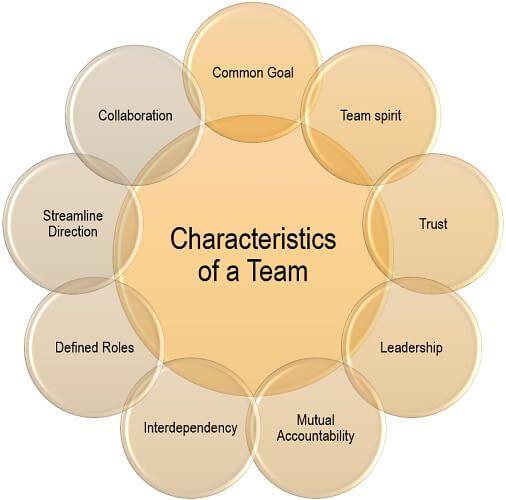 Groups can be deliberately made or unknowingly formed. When people happen to be in the same circumstances or situation, they are considered to be a part of one group.

Also, a group is essentially created to proceed with a given task and its timely execution. People collaborate to form various kinds of groups as mentioned below: 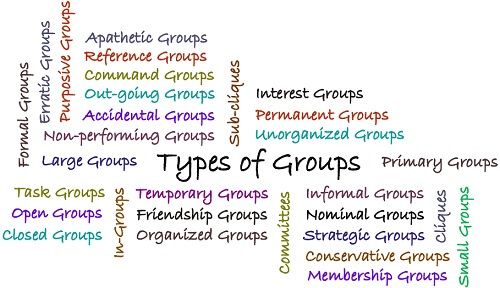 Some of the most common ones out of these are formal or informal, permanent or temporary and primary or secondary groups. To learn more about the above-mentioned classification of groups, you may refer to our next content on Types of Groups.

Now, let us understand the various kinds of teams differentiated by their purpose, direction and interaction: 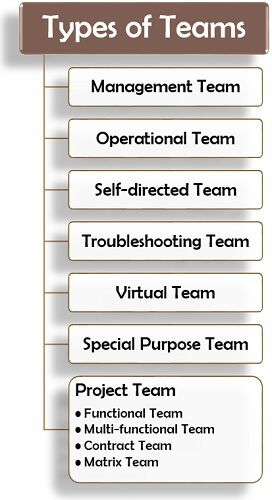 The team which comprises of the department heads who are responsible for managing the whole business operations is called a management team.

The operational team takes care of the overall functioning of an organization, and the team members fix the issues that hinder the company’s smooth operation.

The team which not lead by any leader or manager; instead, each member controls and directs their actions.

The team comprising of people with analytical thinking and problem-solving who come together for streamlining the process is a troubleshooting team.

Such teams are ubiquitous in the organizations which have a global presence. Since the team members are located in different countries, with different time zones, they cannot directly interact with each other.

Thus, such people stay connected through technology, in spite of varying languages and cultures.

It is formed to fulfil a specific project or purpose. After completion of the task, such a team is disintegrated.

Similar to the special purpose team, a project team is the one which is built to efficiently execute a given project on time, by following a common strategy.

It can be further sub-divided into the following four categories:

Functional Team: Such a team is formed within a department and is usually permanent. It is regulated by a manager and works on regular projects ensuring that their part of the task is appropriately accomplished.

Multi-functional Team: It consists of team members who hold expertise in their fields. Such a team can be set temporarily or permanently, depending on the project and organization.

The purpose of these teams is to carry out high level or special projects.

Contract Team: The team which is formed by hiring the members from an external source is a contract team. A contract binds all the individuals in it.

The project manager is the one who coordinates between the team members and the client. After the project completion, the customer can disassociate from the team.

Matrix Team: In this ‘two-boss system or matrix organizational structure, the top-level managers exercise superior power or control, whereas the middle-level managers take care of the functioning and decision-making.

Given below is an elaboration of the distinctions mentioned above between a group and a team, to provide a better overview of the concepts:

When does a group become a team?

We can not just simply declare a group to be a capable team, until it successfully follows the seven principles of team building out of a group, as given below: 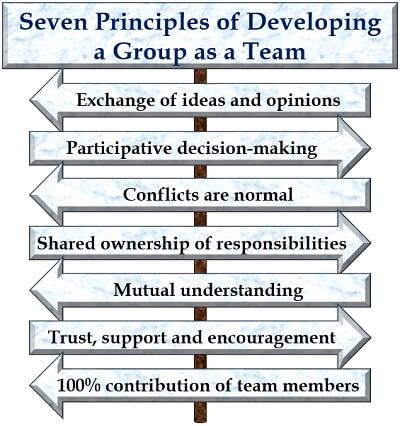 Making the team out of a group requires effective leadership, great enthusiasm and a high level of synergy. Also, if the group dynamics are designed expertly, such a group transforms into a strong team.