Definition: Group dynamics is the analysis of all those factors which contribute to the creation and functioning of a group. It is moreover concerned about the change in psychology or mindset of the individuals while performing in a group. It is a parameter to evaluate the overall performance of a group.

Also, it examines the impact of various elements such as group structure, development, decision making, principles and threats over the performance of the group.

According to Malcolm and Hudla Knowles, the following four eminent aspects influence the group dynamics significantly: 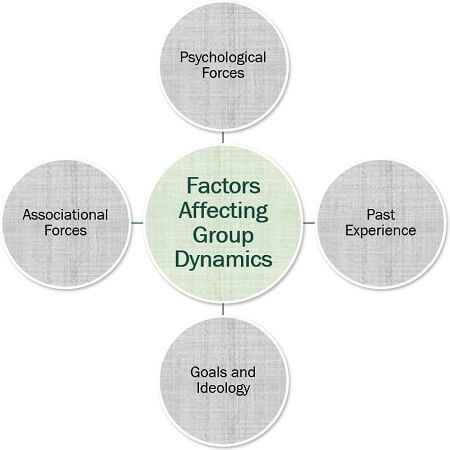 Psychological Forces: The psychology or desires of the individuals revolve around their need for status, security, recognition, experience and belongingness. All this affects their adaptability to the group.

Past Experience: An individual’s behaviour in a group depends upon his/her learning from the past events of life comprising of the habits, values, attitude, perception etc.

Goals and Ideology: Another essential component is the individual’s goals and beliefs which may or may not align with that of the whole group, leading to disagreement and unwillingness to perform.

A group (and here we are talking about a workgroup) is a well planned and systematic collection of individuals for goal achievement.

Every group has a specified structure, i.e., the size, status, roles, norms and cohesiveness of the group are outlined well in advance to avoid any confusion during task accomplishment.

Let us now find out the inclusions of all these elements of group structure: 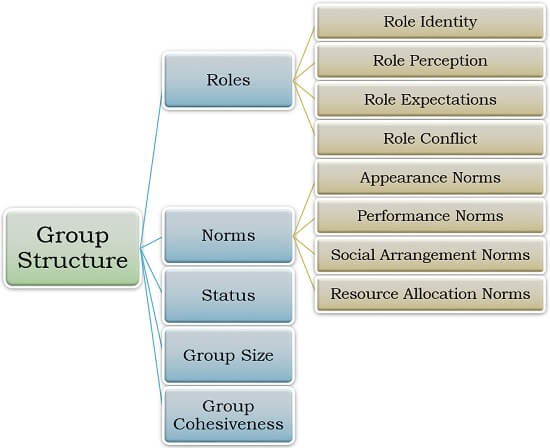 A defined manner in which an individual is supposed to behave while holding a particular position in the group can be termed as his/her role. It comprises of the following:

These are the specified rules and guideline to act in a desired manner. Given below is the different classes of group norms set in an organization:

The status here means the position or reputation of a group within the organization.

A group which is recognized throughout the company for its achievement, teamwork and cohesiveness, holds better goodwill or high status.

Therefore, the workers show more interest in becoming a part of such a group.

Also, the existing group members tend to possess a higher degree of loyalty towards their teammates, which strengthens this high-status group even more.

The size of the group is an essential component while understanding group dynamics. It can be seen as follows:

Small Group: We know that small groups comprising of three to ten individuals are more functional than the larger ones. It facilitates better discussion, higher satisfaction and individual’s participation for effective decision making.

Large Group: The huge groups comprise more than ten people encounter issues like delay in decision making, lack of participation of all the members, dissatisfaction and lack of belongingness among the group members.

The cohesion or intactness of the group members shows the level of bonding they share. Let us now understand the various elements of group cohesiveness:

Group development is the process of engaging unfamiliar individuals into a capable team or group for the accomplishment of a specific task.

At every stage of group development, there is a change in the individuals’ attitude, perception and behaviour.

The process of group development begins at the pre-stage where all the prospective group members are unaware of their compilation into a group. Given below are the Tuckman’s five stages following the pre-stage: 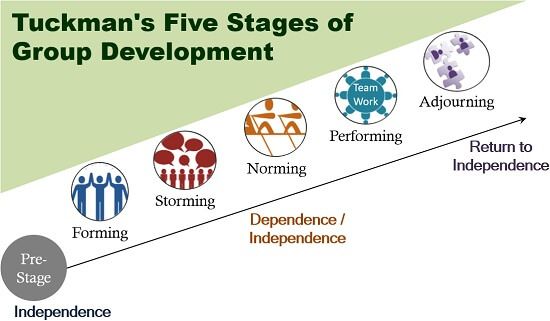 Forming: This is the very first phase after pre-stage, where the individuals in a group are made a part of the group. Moreover, they are familiarized with one another. Here, the individuals are unclear about the goal and direction.

Storming: At this stage, the group members start interacting with one another, only to find out that their views are very different, and each one of them tries to prove oneself right. There is a different environment in the group where everyone battle to acquire power.

Norming: This is the phase where understanding and coordination develop among the team members, and they try to work unanimously. Everyone is clear about his/her task or role in the group.

Performing: At this stage, the group members become highly active and work together for goal accomplishment.

Adjourning: This is the final phase of this process, where the task is fulfilled. The efforts of the whole team are recognized, and then the group may be adjourned.

When it comes to group decision making, the leader should provide a fair chance for every member to put forward their thoughts and ideas. Some of the best ways which can be adopted are as follows: 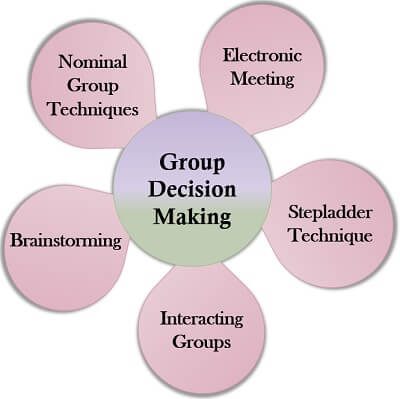 The group dynamics is all about how a group behaves and acts in a specific situation. Let us now enlist some of the crucial requirements for standardizing the actions of a group: 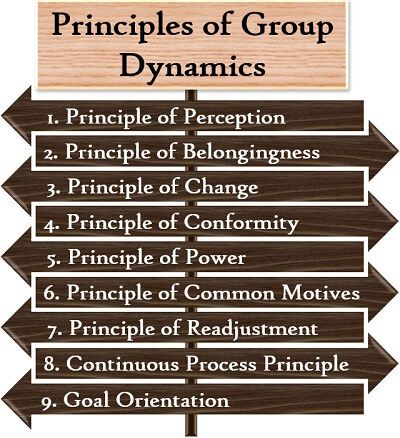 What makes a group ineffective? Why do a group fail to perform in the desired manner?

A group is made up of people with different mindsets and behaviour. Following are some of the significant reasons for which the workgroups tend to under-perform the given task: 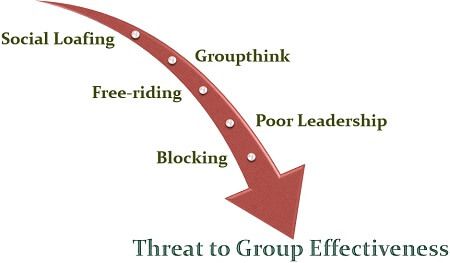 If even one of the group members tend to become reluctant and under-performs the given task, the chances are that the other members need to put in extra efforts for completing the project.

All of this may result in social loafing, which ultimately leads to poor teamwork and ineffective group efforts.

A group decision which is taken in hustle or without much of discussion may create havoc for the whole team.

Another significant risk to the group functioning is the improper guidance or direction to the members.

If the group leader lacks the sufficient skills of management, then the team members may not be able to rely on his/her decisions.

The person who tends to keep himself/herself away from the task, i.e., a non-performing worker is called a free-rider. Such a person is just like a weed in a heap of a crop. Neither he/she contributes to the decision making and nor to the execution of the task.

When one of the group members hinders the formal communication, interaction or discussion within the team, he/she is considered to carry out the blocking role. Some of the significant types of blockers include:

The dominator or recognition seeker is the person who tries to rule or dominate the discussion.
The negativist is one who questions or disagrees with the view of others.
The aggressor is the member who tends to argue with the other members during discussion.
The joker is that individual who injects humour in irrelevant time while the discussion is going on.
The withdrawer usually tries to keep himself/herself away from the discussions or does not engage in the formal interaction.
The interrupter is the group member who is usually busy distracting others with unproductive conversations or gossips.

It is essential that the group leader attentively plans and monitors all the specified dimensions to attain strong group dynamics.

There should be a perfect blend of talent and efforts in a group to make it efficient. Also, the roles, responsibilities, duties, task and authority should be smartly distributed among the group members.

A well designed and managed group dynamics is the key to a high-status group.

Also, to better understand the group dynamics, it is necessary to have an idea of different types of groups formed in an organization.