Definition: As per (SA-500), audit evidence mentions the data or facts based on which the auditor reaches a conclusion whether the financial statement of the company displaying the true and fair value or not, during which the auditor discovers various affirmations of the administration to express his point of view on these affirmations.

The auditor needs to evaluate such so that he can reach the conclusion of whether the statement is fair or not. These evaluations are done based on the facts and reasons, and such facts and reasons are known as audit evidence. It involves the facts of accounting records as well as other information or facts. Its auditor’s responsibility as well as duty to find sufficient and relevant evidence to form an opinion on the financial statement to cut down the risk.

By way of performance of compliance and substantive methods, the auditor must find adequate and relevant evidence to facilitate him to assemble. For gathering moderate assurance, compliance procedures are tests designed to acquire feasible assurance that those internal controls on which audit reliance is to be placed are in effect.

Because of the following reasons, the auditor is intended to assure to acquire audit evidence from compliance procedure reasonably: 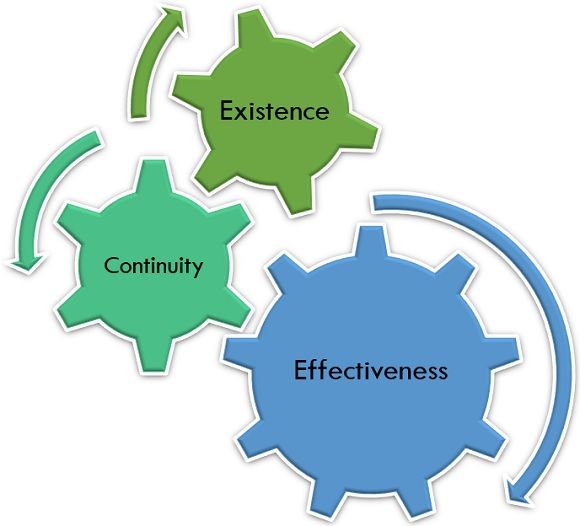 To collect evidence for assessing the integrity, genuineness and efficiency of the produced information provided by the accounting system, a substantive process is outlined. The following declaration is intended to sensibly assure the auditor for acquiring the audit evidence from substantive procedures.

However, the auditor is never certain about the financial statement’s correctness; he requires sufficient evidence to form an impartial base for making his point of view.

As described in SA- 500 of auditing, the auditor collects evidence by operating substantive and compliance procedures by following any or all methods described below: 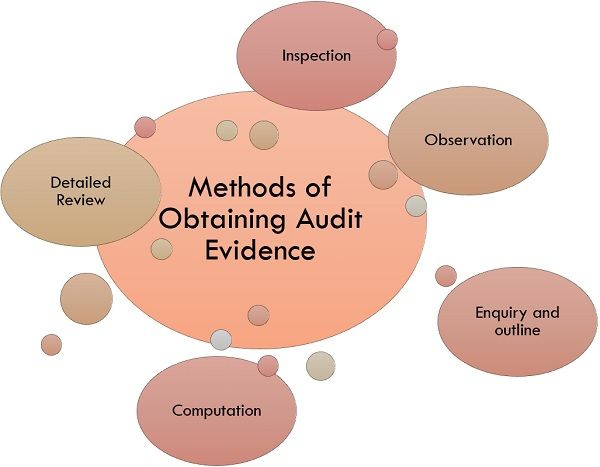 1. Inspection: For getting the evidence of the fluctuating degree of authenticity based on its nature and sources and internal control’s efficiency over their processing, precise inspection is required.

The primary classification of evidence is divided into four major documentary evidence; they are as follows:

2. Observation: Noticing procedures and methods of others is known as observation. For Example, the auditor observes the stock counts done by his clients.
3. Enquiry and outline: Gathering facts and data from the knowledgeable person from inside as well as outside the organization is known as enquiry. It may be in written form or can be an oral enquiry addressed to the person within the organization. Enquiry helps the auditor to collect the information which he does not possess earlier. Outline refers to the enquiry’s response to authenticating data of the accounting records, i.e., it is an evidence collection activity done by the auditor. Generally, it is done in a substantive method, as it is a procedure of asking and getting information from the third parties authenticating the existence of an item.
4. Computation: Doing a separate evaluation of accounting records and source scripts to review its analytical accuracy is known as computation. It is an activity of gathering evidence that can be applied in all stages of an audit. It consists of counting of items, reconciliation as well as mathematical calculations. However, the reliability of evidence relies upon the competence and experience of a person gathering information.
5. Detailed Review: Studying important ratios as well as trends and investigating unexpected fluctuations and items comes under the detailed review.

Following are the characteristics of audit evidence:

Audit Evidence is a base for an auditor to set his opinion on the financial statement’s correctness and reliability, whether they display the true and fair value or not.