Definition: Indexation is the inevitable link between monetary constraints and price level. It diminishes the cost of inflation and implements on interest and taxes and wages. For example, Employers are compelled to index wages across prices so that the divergence among money income and real income can be reduced. The interest of long-term loans is so driven that the debtors would have to repay the borrowings in absolute terms.

In lack of Indexation, unanticipated inflation, by destroying the actual value of loan deviates the belongings from a money lender to debtors and; thus, disturbs the credit structure, and for that reason the capital market.

Indexation of wages is essential, and the prevailing system in various countries where wages agreements are abiding agreements and inflation survive to endure. In those situations, compensating employees for the trouble of their real income as a result of inflation becomes inescapable.

Two approaches are accepted primarily; one is to link wages to cost of living index and, second is to create a regular set-up of wages increase, later CPI escalates by a definite percentage point.

Indexation is relief on long-term investments, and a long-term investor can claim it simply by showing that, the value of their assets raised is not a real gain, but it rises only due to inflation.

As per CBDT (Central Board of Direct Taxes), an investor can claim Indexation by simply comprising their asset with the cost of Inflation Index (CII).

To make it more understandable, we learn it with an example given below:

Now, let’s see what’s the real gain of an investor with the benefit of Indexation.

Therefore, an investor gets benefited with the Indexation in the long-term.

Price index shows the relative change in the price level, by comparing the price index of two years the government or various index preparing agencies can see that what has happened in general to the price level.

If the price level index has increased, it means that there is an increase in the price level. Thus, it can be said that index is a specialized average and is mainly used to measure the relative change in a price level, through price index, we measure inflation.

According to every commodity and its prices of the base year will be set as a base price and with that price only we will compare. Thus, we need a base year to compare the relative change in the price level. Base year is mainly used for constructing the price index.

To construct price index what government or agencies preparing indexes normally does is, if they want to create the present year price index, they check it with the following formula:

And inflation is calculated in relation to the price index of the previous year and formula for calculating Inflation rate is as follows:

Indexation deals with calculating the purchase price, after regulating for inflation index, as issued by the Income Tax Department.

As the purchase price is regulated for inflation, the amount of capital gain decreases. In case, long-term capital gain for non-equity funds, the financier can use the indexation benefit.


How can an investor maximize Indexation? 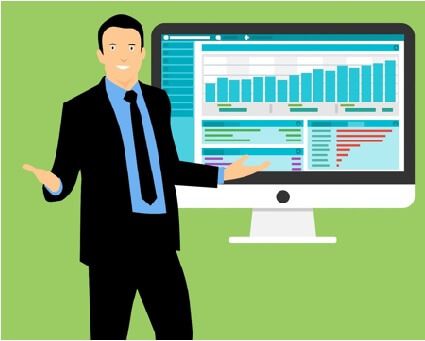 In this way, the one will get benefited with the Indexation of both the years, i.e., the current year as well as the previous year.

Indexation is a process by which prices and wages partly or entirely reimbursed for adjustment in the general price level.

Therefore, it is not a procedure for regulating inflation. It is the process of adjusting monetary incomes so as to reduce the excessive gains and deficits in real incomes of inflation.

Its main purpose is to oversee social dissatisfaction and to make inflation obvious to live with it.