Definition: Fixed cost is a cost that does not change with an increase or decrease in the number of goods and services produced. It is one of the two components of the total cost of goods and services along with the variable cost. These costs are applicable to all businesses doing any kind of business.

In economics, a business can achieve economies of scale when it produces enough goods to spread the fixed cost. For Instance: ₹ 1,00,000 lease spread over 1,00,000 products. i.e., each product carries ₹ 1 in fixed cost.

This cost can be described by a constant, although, it never changes in the amount, this statement is not precisely correct basically it implies non-variability of the cost related to a specific volume. These features of this cost will be displayed in the figure below for the various levels of productions given below: 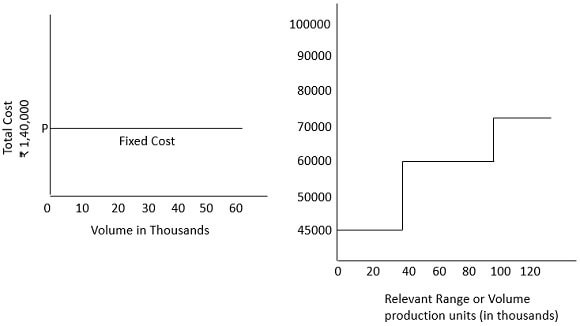 One of the examples of this cost is a company’s lease on a building. If a company has to pay 50,000 ₹ each month to cover the cost of the lease but does not manufacture anything during the month, the lease payment is still due for payment. These costs are not fixed for all time; they will change over time although not affect the quantity of production for the relevant period. For example, a company bears various expenses for the production of a particular product and the cost paid as the rent of the warehouse is fixed for a period of the lease. 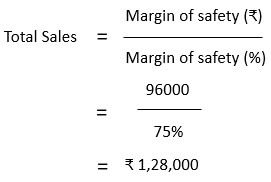 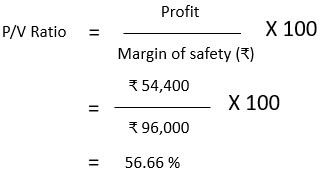 Following are the categories of this cost for the purpose of analysis:

These are the cost paid to the management and staff to ensure the continued operations of the company.

Costs incurred in research and development programmes such as special policy decisions, new research programmes of the management are known as discretionary or programmed costs. Such costs can be eliminated or reduced if needed.

It is a constant cost for a particular amount of output which raises a fixed amount at a higher output level. 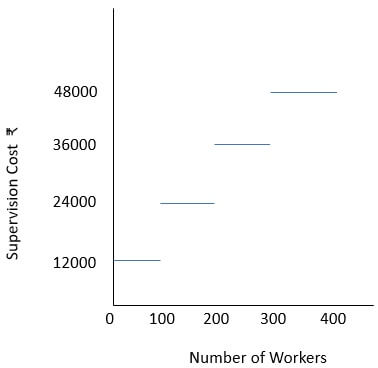 The following are some distinctions between fixed cost and variable cost:

Fixed cost is the cost that remains constant, whether activity increases or decreases. However, they are not fixed for all time to come. These costs are also known as standby costs as they accrue with the passage of time and not with the production of a product.