The bill of exchange and promissory note are negotiable instruments used for carrying out various economic activities. However, they vary from each other in many ways. The significant difference between them is that a bill of exchange is a written order drafted by the drawer on the drawee to receive the mentioned sum within the specified period. Whereas, a promissory note is a written promise made by the borrower or drawer to repay the amount on a specific date or order of the payee.

According to the traditional concept, cash is an inevitable part of every transaction. But in the present scenario, whether it is trading, banking, financing or any other economic activity, bill of exchange and promissory note make the transactions convenient even in the absence of immediate cash.

Content: Difference Between Bill of Exchange and Promissory Note


Example of Bill of Exchange 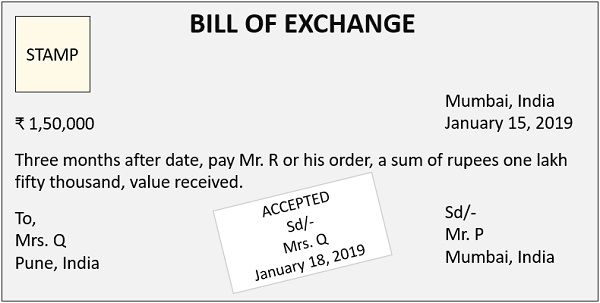 Now let us assume that Mr P sold the goods worth ₹150000 to Mrs Q on credit for three months and drafted a bill of exchange duly signed and accepted by Mrs Q, it looked something like this: 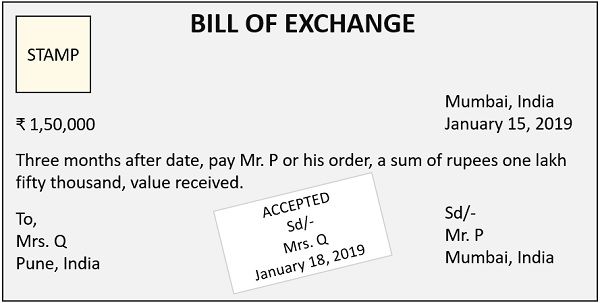 In this case, Mr P is both the drawer as well as the payee, whereas Mrs Q is the drawee.

Mrs Q wants to start a garment business but does not have sufficient capital. Mr P is a well-established businessman and agrees to finance Mrs Q’s business idea. Mr P provides a loan of ₹150000 to Mrs Q at 10% interest to be paid in 50 equal monthly instalments of ₹3300 each. 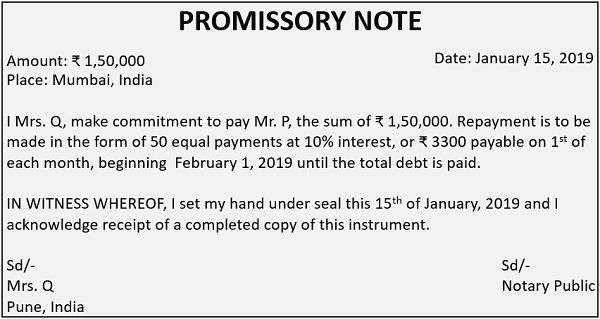 What is a Bill of Exchange?

A bill of exchange is a negotiable instrument in a written format which orders the drawee or the debtor to pay a certain sum within the given period to the drawer or the creditor or the payee.

Features of Bill of Exchange

A bill of exchange is a unique instrument used for non-cash transactions. The following characteristics differentiate it from other negotiable instruments: 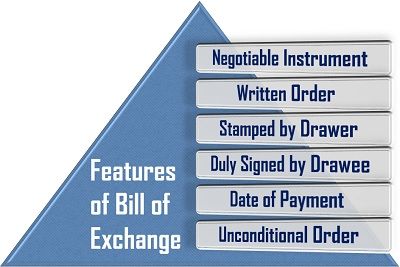 Parties Involved in Bill of Exchange

Though a bill of exchange majorly involves only three parties, there are various others whose role is equally important. These parties are classified as follows: 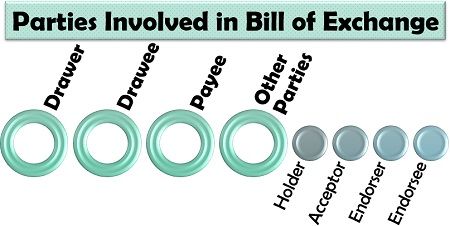 What is a Promissory Note?

A promissory note is a debt negotiable instrument written by a borrower (drawer) who promises to pay the lender (payee), a specific sum on-demand or on a particular future date which is predefined. 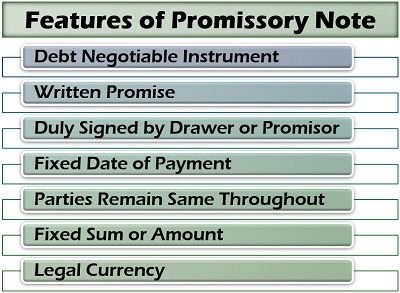 A promissory note strictly involves two parties, i.e. a drawer and a payee. To know more about each one in detail, read below: 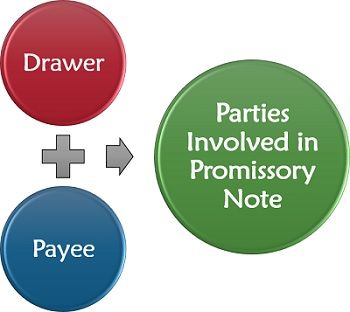 Classification of Bill of Exchange

A bill of exchange can be categorized into various kinds, based on the residential status of the parties, date of maturity and purpose of the bill. These types are explained in detail below: 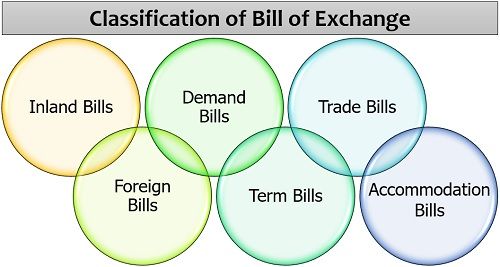 A promissory note is divided into the following types, based on the residential status of the parties, date of payment, interest and liability:

To understand the differences between a bill of exchange and a promissory note in detail, let us elaborate on the above comparison chart:

The bill of exchange and promissory note facilitates credit purchase and loans for the individuals, traders and the government. It also provides for economic and industrial development in a country by promoting trade activities.