Definition: Corporate spinoff refers to the dissolution of a subsidiary business entity from its parent company to form a new though smaller independent organization. The subsidiary company’s shares are majorly allotted to the existing shareholders’, as per their holding (pro-rata basis) in the parent company.

The new entity so formed has an individual identity and acquires assets, employees and other resources from its parent company. It is also separately listed under stock exchange for trading.

Why do companies need to spinoff? Is it their business strategy?

Some of the prominent ventures go for spinoffs to resolve the following related problems: 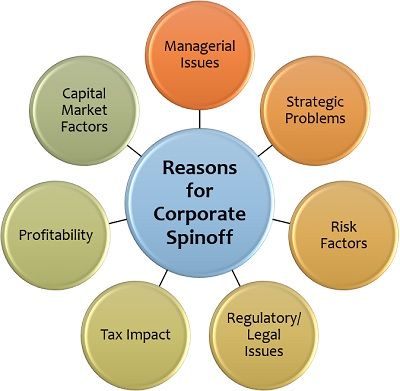 A company opts for spinoff due to any of the reasons mentioned above. Let us now discuss the steps it takes to separate its subsidiary or division: 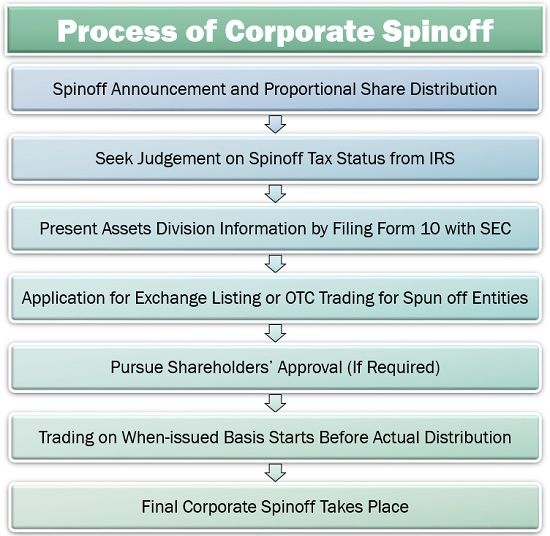 In the initial stage of the process, the company needs to declare its intention of the corporate spinoff. It should specify the proportion in which the distribution of new company’s shares among the existing shareholders, would take place.

Next, the company looks forward to the Internal Revenue Service to get a legal opinion on the spinoff entity’s taxability. It is followed by the filing of SEC’s Form C, containing information like financial statements, spun-off units, company’s value percentage, etc.

The company then decides whether to get the subsidiary listed for stock exchange or plan for Over The Counter (OTC) trading. If required, the parent company may even take the approval of its existing stockholders before spinning off the business.

After getting listed, the company can initiate the ‘when-issued’ basis of trading for the shares of the new subsidiary company. It facilitates the shares exchange, even before they are distributed.

Thus, the market is set for the subsidiary’s shares. The existing shareholders are now allocated the spinoff share units, which they can trade or hold.

The corporate spinoff, as we know, is a strategic activity. Given below are the four ways in which a company can choose to spinoff its division or subsidiary: 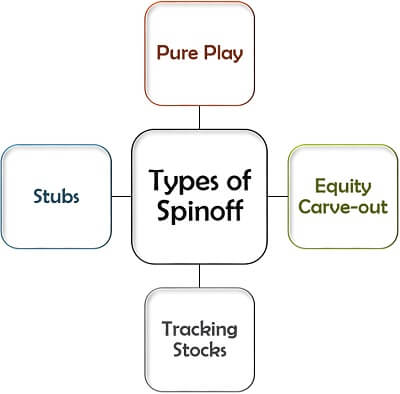 Being one of the purest forms of the corporate spinoff, in pure play, the parent company gives out the shares of the new entity to its existing stockholders as a special dividend.

It is a partial spinoff where the parent company divides the total value of the subsidiary into parts, i.e., 20% and 80%. The 20% shares are issued as an initial public offering to generate capital. Whereas, 80% of the shares are allotted to the existing shareholders as a special dividend.

The primary strategy behind tracking stock is to benefit from the parent company’s enhanced share price. Here, the company separates its subsidiary physically but not legally in terms of assets and liabilities.

Though the financial analysis and reporting of a subsidiary company are done individually, the management lies with the parent company itself (i.e., the same Board of Directors).

The stub is the valuation of the parent company remaining after the corporate spinoff. On deducting the subsidiary’s share value from the company’s total share value, we get stub.

It has been observed that many companies have saved themselves from loss, and some have even increased their profits remarkably; only through a spinoff. Let us understand the various benefits of the spinoff in detail below: 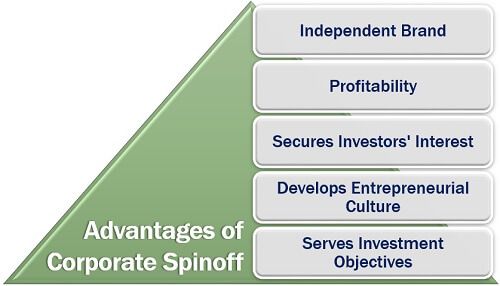 A company creates a new entity by utilizing its resources such as finance, personnel, assets, etc. Thus, it may prove to be unfavourable, to the company as well as its employees in the following ways: 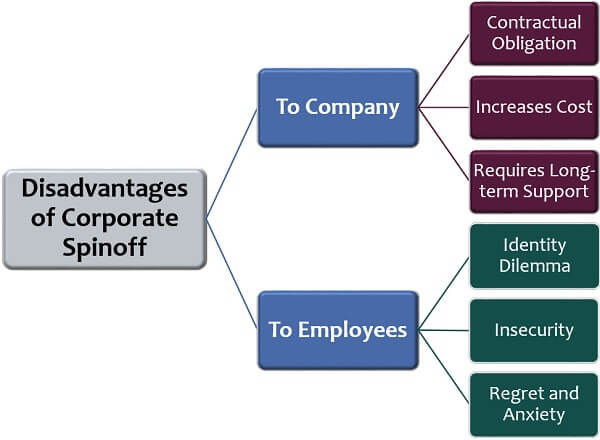 A corporate spinoff is a beneficial approach for well-established companies. However, it has the following limitations for the organizations:

The employees who have been working for the parent company for years are moved to the subsidiary now. They may take spinoff negatively due to the following reasons:

One of the prominent companies in the sector of C2C and B2C e-commerce is eBay Inc. The company had spun off its money transfer business entity, Paypal in the year 2014.

The reason behind this corporate spinoff was that Paypal had higher growth potential and the competitors like Apple Pay were ready to acquire its market. Thus, eBay sensed this competitiveness and separated the subsidiary to enhance its value and scope.