Arbitration Agreement comes under section 7 (1) of the Arbitration and Conciliation Act. It is an agreement made amongst two parties for the dispute already arisen or can arise in the future course of time, therein for a specified legal relationship either contractual or not. Thus, the arbitration agreement deals with two kinds of disputes: 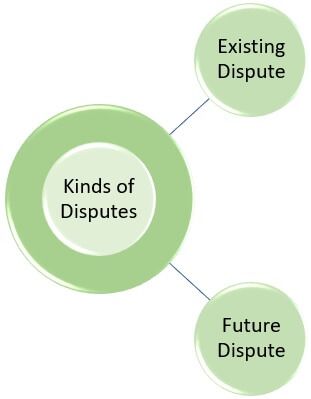 Subsection (2) of section 7 defines the forms of the arbitration agreement. The following are the two forms: 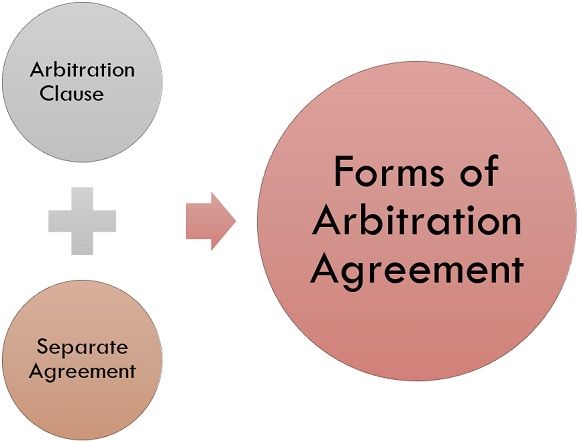 Arbitration Clause signifies if the agreement between two parties consists of any clause defining any dispute aroused amongst parties that can be taken to the arbitrator for making the settlement.

A Separate Agreement is an agreement made by two parties with mutual consent other than the clause mentioned in the agreement so that in case of dispute it will be sent to the arbitrator as proof.

Power to refer parties to an arbitration

Interim Measures by the Court

According to section 9 of the Arbitration and Conciliation Act, the party wants the court to issue interim measures for which the party applies to court. The factors that come under this section are as follows:

The party can ask the following points in interim measures issued by the court:

Arbitration is a process in which a third party called arbitrator listens to the matter of dispute from both the concerning parties and make an unbiased decision to solve such dispute on the basis of proves presented to him by the parties. It has attained a certain degree of success in settling disputes amidst management and labours.