Definition: Contract Costing is an accounting of a long-term contract work usually applicable on construction work such as building construction, bridge construction, road construction and other long-run engineering works which take long duration in completion, i.e., a year or more.

Contract costing is a big job in which work is done on the contractee’s place or site and not inside the factory premises like job costing.

The features of contract costing are as follows:

The contracts in contract costing are generally divided amidst two types; they are as follows: 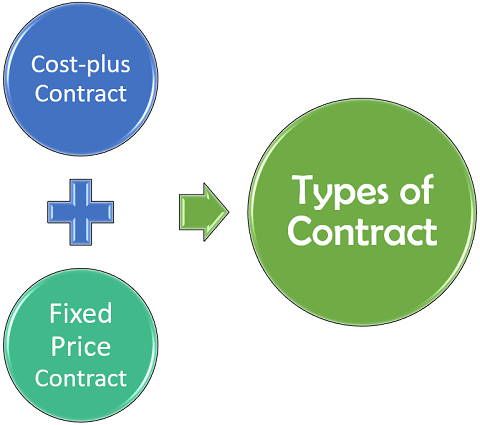 In this type of contract price of the contract is not fixed while entering in a contract; however, it gets decided by summing up the profit amount in the actual cost incurred in the contract.

All other extra costs incurred in a contract, due to market fluctuations also needs to be compensated by the contractee along with the fixed amount of cost as a profit.

This type of contract is embraced to overcome the problems of contract price fixing because of material ambiguity, technological changes, etc.

The government generally adopts Cost-plus contracts for special work like dam construction in which actual cost cannot be predicted.

The contractor and contractee both have some advantages as well as disadvantages of the cost-plus contract; they are discussed below-

From the contractor’s point of view, one of the advantages is that the risk of loss in such contract is nil.

On the other hand, the disadvantage is that the contractor will not get the privilege of favourable market price changes.

From the contractee’s viewpoint, one of the advantages is that the contractee gets assured regarding the fair price of the contract by having a right to audit contractor’s books of accounts.

This type of contract is just opposite to the cost-plus contract, in this both parties agreed on a fixed price of a contract for a particular project and payments will not fluctuate because of any resource or time expansion during the contract work.

Thus these types of contract are cost control contracts, and the risk of loss is high on the contractor’s side. However, such contracts fail in general if signed without escalation clause as a contractor back out from the project if they feel it unbeneficial or the cost exceeds the limit of the contractor’s limit.

Despite facing failures, such contracts are more prevalent in the market; however, it seems beneficial if the cost is adequately ascertained in advance and are prepared with an escalation clause.

Here the benefit for the contractee is budgeting, i.e., allocation of money can be done as the price of a contract is fixed, and the contractor also enjoys the reward as a high contract price because of taking the risk of loss.

So, here is the answer to it:

Escalation clause implies the cover for the changes in the price; it is a provision which determines the amount by which contract price is to be modified when the prices of goods and services changes.

On the other hand, contractee gets discharged from making unnecessary more amount of payments. 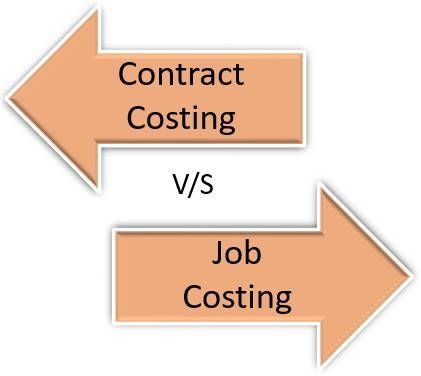 Some of the major differences amidst contract costing and job costing are as follows:

Contract costing is a costing in which each costing initiated is considered as a cost unit, and individual accounts are maintained in the books of accounts of the contractor for every single contract.